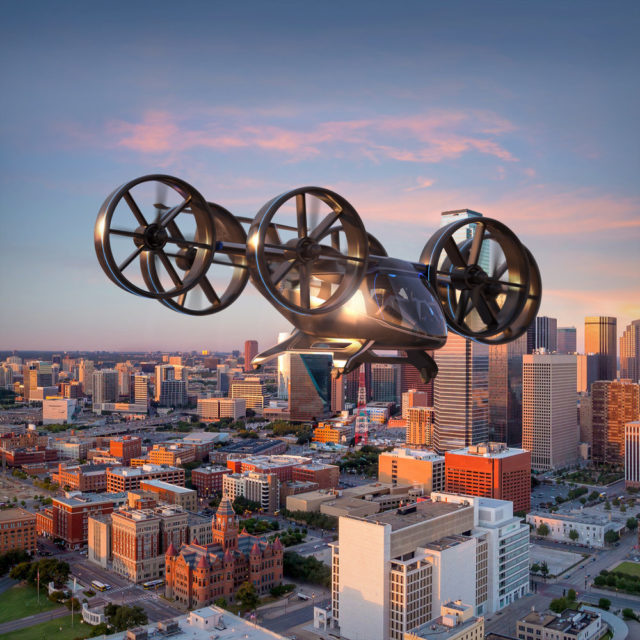 Bell  enters into the new small transport aircraft business – according to the new concept of Urban mobility air taxi, with electric or hybrid propulsion and remotely localized flight controls . In the course of HAI expo, a moke up with the features of the new Bell aircraft has been presented.

The new aircraft’s name is Nexus – already announced in January at the Consumer Electrics show in Las Vegas – will be the first convertiplane-like airplane to operate as an urban air taxi vehicle: it will be equipped with six tilting, ducted fans powered by a hybrid-electric system consisting of a Safran gas-turbine engine, a generator, electric motors and a battery system; with  this set-up  the aircraft  will have about 1h of flight duration before refuelling is required.

A vehicle-management computer will act as Nexus’s brain, collecting flight data and communicating with a flight-control computer that directs the aircraft’s flight; Bell expects Nexus to have a gross weight of 6,000-7,000lb (2,720-3,170kg), payload of 800-1,000lb and, initially, capacity for one pilot and four passengers. It could eventually become fully autonomous, at which point another passenger would replace the pilot.

It will also be able to fly in all weather conditions, including Known Icing condition. Bell thinks the new vehicle will be able to achieve the type rating certification from the second half of 2020 and then, to start its production, beginning of 2021.