“While the year-to-date aircraft shipments are mixed, this should not obscure the outlook for a bright future for general aviation. Our mid-year report shows new aircraft reaching entry into service milestones with additional models expected to enter into service before the end of 2019,” said GAMA’s President & CEO, Pete Bunce. “Our members remain focused on bringing safety enhancing new technology to the general aviation fleet and upgrading aircraft to meet fast approaching global mandates for Automatic Dependent Surveillance-Broadcast (ADS-B) and datalink communications. Additionally, our industry’s continued emphasis on developing airframes, engines, and avionics that improve fuel efficiency, our aggressive pursuit of hybrid and electrically propelled air vehicles, and promotion of the build out of the Sustainable Aviation Fuel infrastructure, should make us all proud of our collective commitment to environmental sustainability.”

The piston market continued to lead the increase in deliveries at 567 units, up 15.2% from the same period in 2018. Business jet shipments increased by 12.5% in the first six months of 2019 to 316 airplanes delivered. Turboprop airplanes, however, declined in deliveries from 260 to 231 units from the same reporting companies. The value of airplane deliveries through the first six months of 2019 was $9.0 billion, an increase of approximately 12.9%.

Rotorcraft deliveries slowed in the first six months of 2019. Piston rotorcraft shipments declined from 149 units to 110 units. The industry delivered 299 turbine rotorcraft, a reduction by 11.3% compared to 2018. The value of rotorcraft shipments was $1.5 billion, a decline of approximately 13.1%.

Note: Second quarter shipment data was not available from three airplane manufacturers at the time of publication. GAMA will update the report online when the data has been released by the companies. The above comparison table does not include second quarter 2018 data from these three manufacturers. 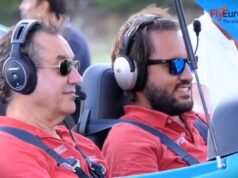 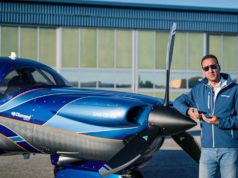 Thanks for subscribing! Please check your email for further instructions.