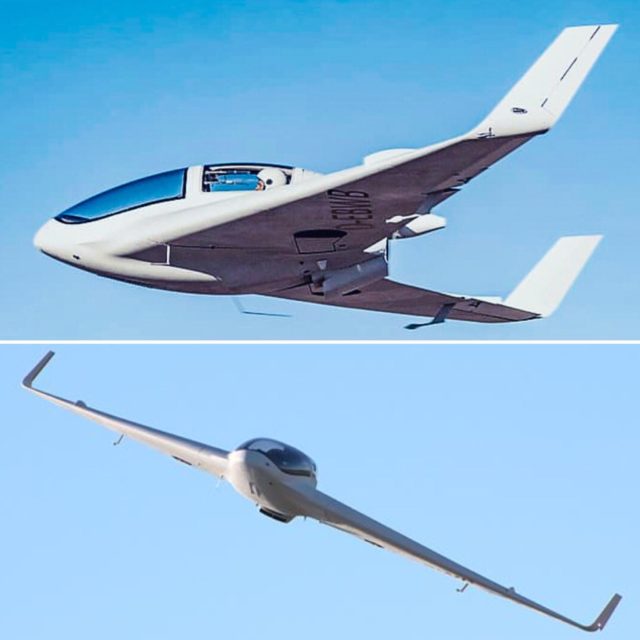 The historic German manufacturer will present its all wing prototype during AeroFriedrichshafen 2019 aeronautical event. The aircraft is intended for the general aviation market and will host two people on board, including the pilot.

The German manufacturer firmly believes in the success of the aircraft which is the first all-wing aircraft designed for the light aviation sector and GA.

Although before the First World War and in the 30’s and 40’s  many prototypes were tested both by German engineers like Hugo Junkers and Walter and  Reimar Horten and by American designers such as Jack Northrop and Cheston I Eshelman, the concrete possibility of creating a true flying wing only occurred in the 1930s, when new materials  made sufficiently robust these monoplanes.

Allwing aircrafts – without fuselage and leaflet plans – had a specific use  in the military, not so much for the undoubted aerodynamic qualities, but for purely strategic reasons since the shape of the aircraft was less visible to radar equipment; their reduced section was in fact able to guarantee a potentially very small radar track, making them ideal test benches for Stealth technology developed in the 1980s.

According to the German manufacturer, the new Horten All Wing Aircraft is a symbiosis between the historical prototypes of the Horten designs and all and the latest findings from fluid dynamic. In 2018 The manufacturer performed flight tests of the prototype.

The Horten prototype is  a ‘ highly modern, economical two-seat light aircraft without a fuselage.’ It will be displayed in public for the first time at the air show in Friedrichshafen and thanks to its design ‘it will be able to fly farther and faster than a comparable aircraft with a fuselage ‘ , said Bernhard Mattlener, managing director of the company.