By Roberto Vecchi – Elisa Baioni
On August 28th FlyEurope.TV was in Italy, in Forlì at the Enav Academy at the Meeting “Aeroporti e Contratti di rete”.

The main question was how to create a network and an integrated system among the 4 airports of the Region: Bologna, Forlì, Parma and Rimini.

The aim is an integrated collaboration avoiding competition for greater benefits for the public.

Trade Union deputies, local and national politicians and airport experts were discussing about the present situation and a future scenery.

The representative speakers for Bologna and Rimini airports were inexplicably absent!
Mr Robert Halcombe (owner of the American Sovereign Group and CEO of Aviacom srl) arrived directly from Washington to speak to the audience explaining his vision and plans about airports management.
He is in fact the one who submitted a proposal to the tender issued by ENAC to operate Forlì airport which closed on May 6th . And though by now he has received no answer yet.
And before submitting his proposal he checked, as declared to the audience, 69 airports business plans.
In the proposal, a radical shift was put forth, which attracted the support of government, workers parties and education.
Instead of focusing on low cost passenger traffic which is bankrupting other airports, the new focus is to be on international cargo, maintenance of modern airliners and advanced fuel management which delivers lower cost and greater reliability.
He also submitted a proposal to operate Rimini airport aiming at a very strong synergy between the two airports.
The intervention of the Regional Minister for Transport Mr. Alfredo Peri, positive for a synergic system among the airports in the area but in a very cautious tone concluded the meeting. 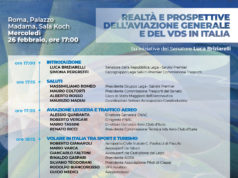 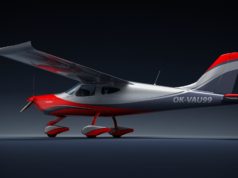 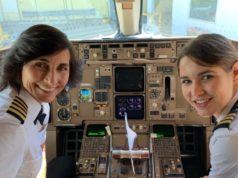