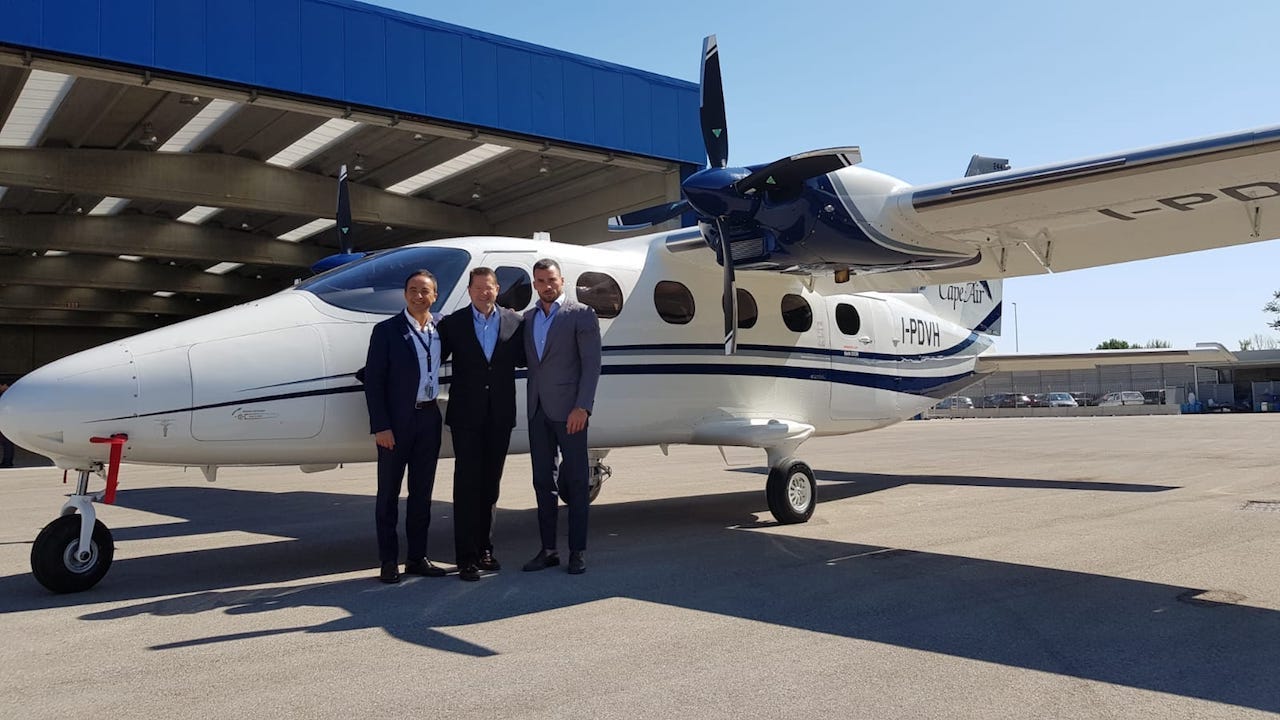 Pilots and technicians from Cape Air had two days to inspect the aircraft, check all manuals and documents, and perform flight testing. The inspections were performed in the P2012 Production Facility, where other fuselages to be delivered to Cape Air are in stages of completion.
Acceptance of the Aircraft is the last milestone before final delivery. A ferry flight from Capua, Italy to the Cape Air base in Hyannis, MA will be performed by Giovanni Pascale himself as Pilot in Command.
Powered by two 375 HP turbo-charged Lycoming engines, the Tecnam P2012 Traveller features a modern design and state-of-the-art equipment. The aircraft’s simple and easily accessed airframe and systems, fixed landing gear, robust interiors and easy-to-replace parts, result in high efficiency and low maintenance costs. These attributes, and many more, make it the ideal aircraft for regional airlines such as Cape Air. As part of the delivery, Tecnam also included Bose A20 headsets and Jeppesen bags for the pilots. These were much appreciated. 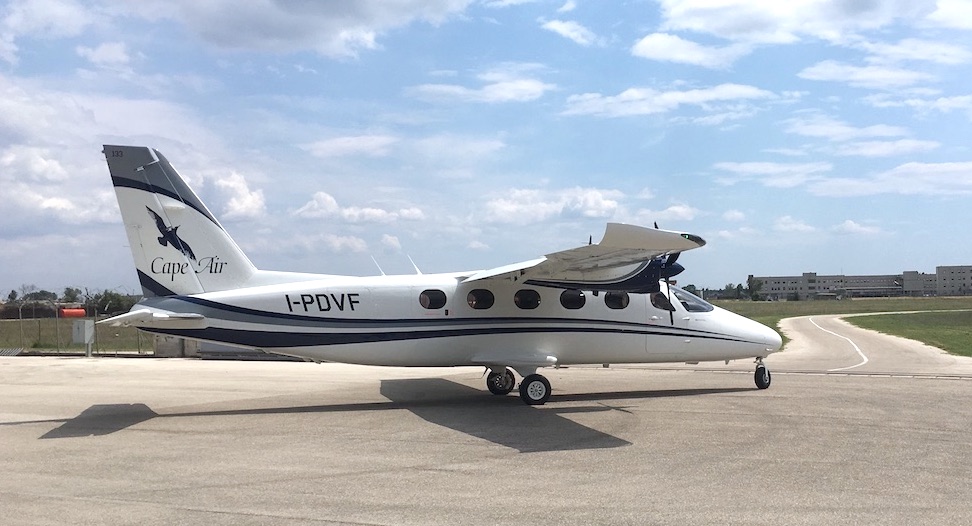 Giovanni Pascale, Tecnam Chief Operating Officer, said: “Since Day One, having met Jim and all the guys at Cape Air, we felt confident about achieving what we did today. Their competence and vision led us here. We are very proud to be a partner in Cape Air’s future and delighted that Tecnam will be a key part of their ongoing success.”

Jim Goddard – Senior Vice President, Fleet Planning & Acquisitions, said: “On behalf of all of Cape Air, it is with great pleasure that we announce that we have successfully completed the final technical and flight performance acceptance phase of the P2012 aircraft project. The years of collaboration between Cape Air, Tecnam, Lycoming Engines and Garmin Avionics has created a truly exceptional and economical aircraft for our customers and employees. We look forward to taking final delivery of our first two aircraft in the coming weeks. Having this process come full circle, from when we first started discussions with Tecnam to today’s reality of a brand-new aircraft, marks a milestone in Cape Air’s 30-year history.” 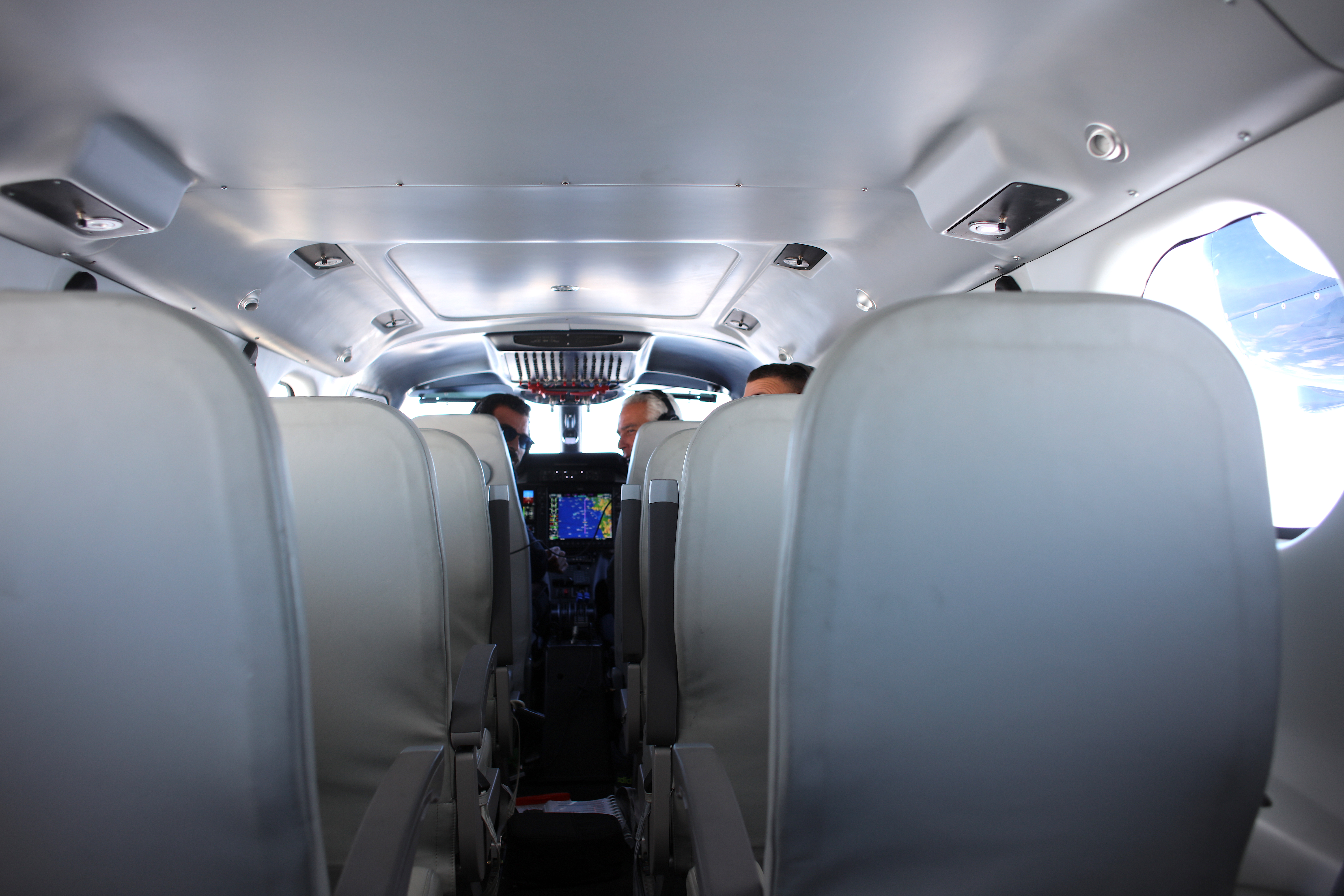 About Cape Air
In its 30th year, Cape Air is one of the largest independent regional airlines in the United States, serving over 35 cities in the US and the Caribbean. The employee-owned company, based in Hyannis, Massachusetts, has grown from three flights a day between Provincetown and Boston in 1989 to a fleet of 84 Cessna 402s, 4 Britten-Norman Islanders and 11 Cessna 208 seaplanes, with up to 400 flights a day and service to over 500,000 passengers annually. Cape Air has been recognized as “One of the Top Ten Small Airlines in the World” by Condé Nast Traveler.