(Article by Peter Dockrill – sciencealert.com – video by TUMunenchen Channel YouTube)
Automatic landing systems using radio guidance have been a feature of commercial airliners for decades, but there’s never been a heart-in-your-mouth touchdown quite like this.
In an incredible new video, researchers show a test flight in which a small four-seater plane fitted with an experimental optical positioning system successfully nails an entirely automated landing – much to the relief of the test pilot observer sitting in the cockpit (not to mention us watching at home).
In commercial airplanes and other large jets, automated landings primarily rely on a technology called the Instrument Landing System (ILS), which uses radio signals and on-board autopilot to guide aircraft in on their final approach.
Other kinds of auto-landing systems also exist, but while they enable great precision in landing alignment – and make landings possible in weather with poor visibility – they also generally require runways to be outfitted with complex and expensive antenna infrastructure that isn’t always available or practical for smaller airports.
To get around this problem, and to realise the dream of a reliable, safe, fully autonomous aircraft landing system, a team led by researchers at the Technical University of Munich (TUM) has been developing an alternative that does much the same thing as ILS, but without needing any ground-based antennas.

Called ‘C2Land’, the team’s experimental system uses GPS for flight control in tandem with a vision-augmented navigation system for landing.
The technology, described in three separate papers published this year, employs an “optical positioning system to be deployed below 200 ft [60 metres] and on ground after touchdown in order to be used as an additional source for positioning information”.
The computer vision system – which processes both visible light and infrared in case visibility is poor due to sunlight, haze, or mist – enables C2Land to recognise the runway and calculate a virtual glide path for the landing approach.
It sounds like a comprehensive rig, but the real proof is seeing whether all those algorithms and sensors can actually do their thing as intended when they’re plummeting towards terra firma without a human pilot’s steady hand.
Thankfully, video footage of a test flight conducted in May shows that they can.
Equipping a modified Diamond DA42 propeller aircraft with the C2Land system, the researchers watched as test pilot Thomas Wimmer tried the automated landing technology for the first time.
As the video shows, Wimmer does not take control of the aircraft during the landing, letting the engaged automated system take care of the entire approach and touchdown.
“The cameras already recognise the runway at a great distance from the airport,” Wimmer says.
“The system then guides the aircraft through the landing approach on a completely automatic basis and lands it precisely on the runway’s centreline.”
While some media outlets are calling this the first-ever autonomous landing by an aircraft, at least one experimental Boeing prototype has achieved this before, admittedly in very different, controlled circumstances (and without human passengers).
By contrast, the TUM test flight resembles the kind of landing that real, in-service small airplanes actually have to make all the time, and it was done entirely autonomously.
Of course, it will be some time before this kind of system gets used in anything other than experimental tests, but the researchers say that’s the way the industry is headed.
“Automatic landing is essential, especially in the context of the future role of aviation,” says TUM flight system dynamics researcher Martin Kügler. 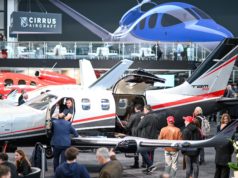 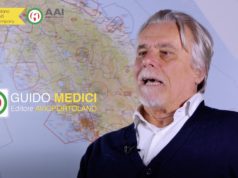 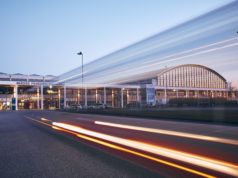 Challenge of coronavirus forces Messe Friedrichshafen to postpone the AERO 2020...