(by AOPA site – Photo courtesy of SkyBama.com/Alabama Aerial Photography) – A tornado devastated the city-owned airport on the afternoon of March 3, destroying almost all 27 airplanes based there and 30 hangars.
“It’s indescribable,” said Lacey McCall, operations manager at the Eufaula Jet Center fixed-base operator. “It’s gone. That’s about all you can say.”
Two corporate jets, a HondaJet and a Challenger, were damaged when the wind knocked down the corporate hangars where they were housed. T-hangars were leveled, and the mostly single-engine airplanes inside them were ripped apart and some were tossed hundreds of yards away.
“There are planes in trees,” McCall said. “Concrete trusses have been ripped out of the ground.” 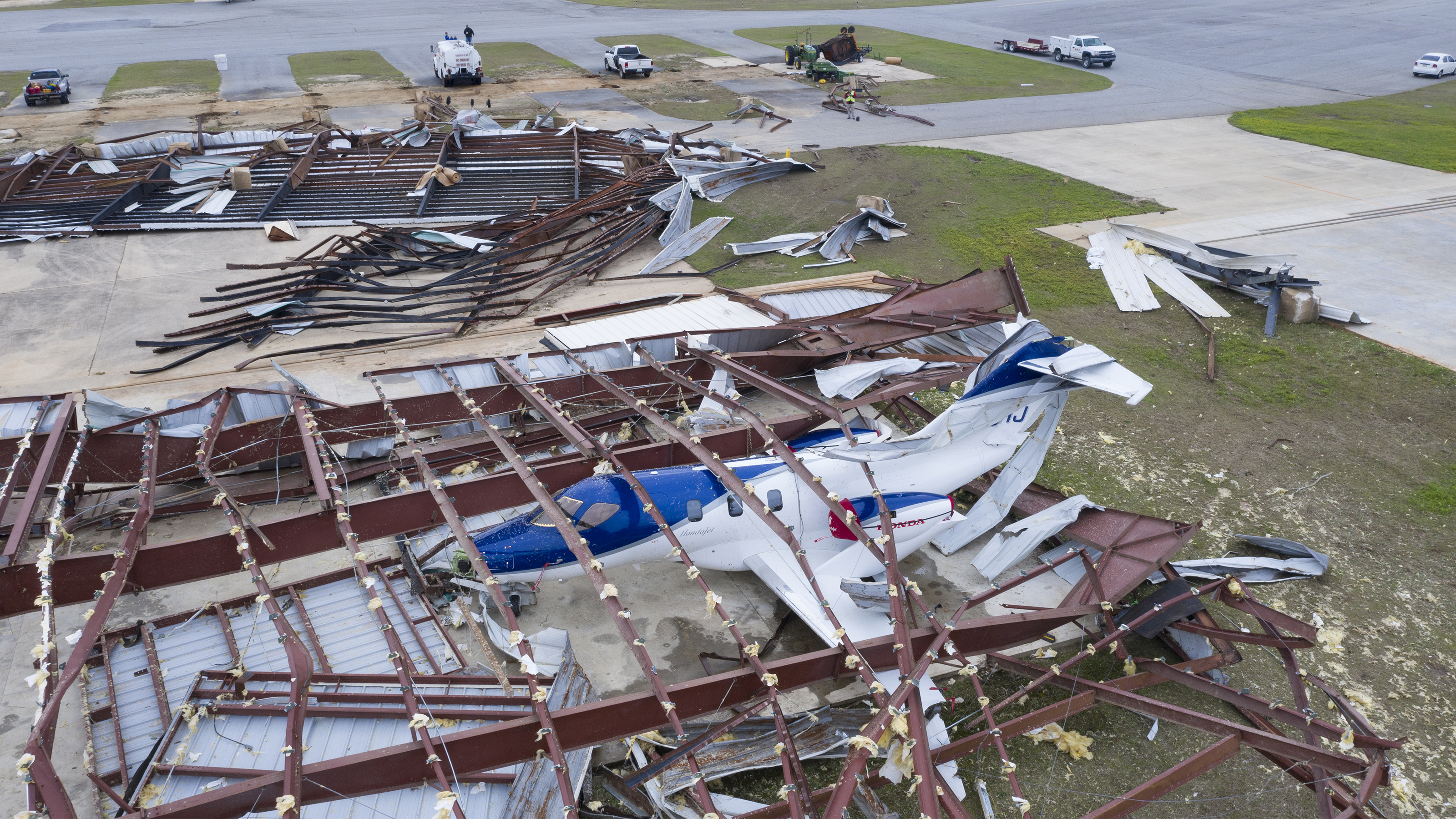 Aircraft secured in hangars did not escape the fury of the storm. Photo courtesy of SkyBama.com/Alabama Aerial Photography.
As sometimes happens with tornadoes, however, devastated structures and unscathed ones are only a few feet apart.
The Eufaula Jet Center, the airport fuel farm, and Sam’s Kitchen and Grill, the airport restaurant, all were spared. The airport’s 5,000-foot runway also was undamaged.
McCall said city officials already are making plans to rebuild the smashed hangars.
“Sometimes you’ve got to knock something down to rebuild it stronger,” she said. “We’re a tight-knit community. The city loves this airport. We’re going to stay up and operational—and we’ll rebuild better than ever.”